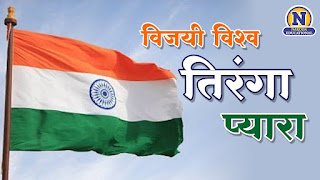 The Indian national flag embodies the democratic, secular and liberal values enshrined in the Constitution of India and is the symbol of our national pride. To me maintaining the dignity of the flag is of utmost importance and the reason behind is the inspiration I got from a Rashtriya Jhanda Geet of my school days “Vijayi vishwa tiranga pyaara! Jhanda uncha rahei(n) humara”, composed by a Hindi Poet Shri Shyamlal Gupta which gives a message to all the Indians to sacrifice everything for the respect of our flag and country.This song got glued to my mind and developed a spirit of patriotism and respect towards my national flag.