The Government of India launched a new Central Sector Scheme, “Pradhan Mantri KIsan SAmman Nidhi (PM-KISAN)” in order to augment the income of the Small and Marginal Farmers (SMFs). The scheme was launched in February 2019. 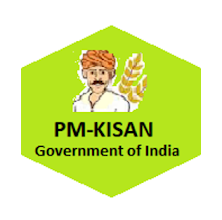 Many measures are being taken by the Government to reach to all eligible beneficiaries under PM-KISAN. Public interfaces have been made available for self registration, checking the payment status, Correction of the name as per Aadhaar as it is being mandatory requirement of the scheme. To broaden the reach further, the PM-KISAN mobile app designed and developed by National Informatics Centre (NIC), Ministry of Electronics and Information Technology, Government of India is being launched.

Know the status about their registration and payments

Correct name as per Aadhaar

Know about the scheme