Look to Speak Android App- Google has launched a new app that will make it easier for people who are having trouble speaking to reach out to others.

Look to Speak Android App-  Google has launched a new app that will make it easier for people who are having trouble speaking to reach out to others. It is called 'Look To Speak'. This app will read the text written on the phone with the help of eyes and show it to the person in front. This app will work for people who have trouble speaking and have to use a device to communicate. The app's experiment has been developed on the Google platform. 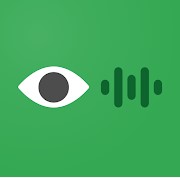 This app is available through Google Play Store for all Android One devices and versions above Android 9.0. Apart from that, the app has many options, with the help of which users can set their own.

In 2020, together with her Speech and Language Therapist Richard Cave, she met with a small group from Google exploring how machine learning on smaller devices could make eye-gaze communication technology more accessible to more people.

The hope is that Look to Speak will be helpful to communities with varied types of temporary, permanent or situational disabilities. Learn how to use Look to Speak

To help users get set up we’ve created some resources: Play the tutorial video here to learn how to use Look to Speak, or find it in the app. Additional tips can be found in this downloadable guide.

People have to keep their phones stationary to use the app. He will then have to look like the text written on the phone. If it appears at the top, the app will handle the text written there aloud. This way the app will show what is written on the phone by looking down, left, or right. For him, this app tracks eye movements to see what users are watching.

Google claims that all data is private and will never leave the phone. Google has created a tutorial and a guide to help people use this app. In which top tips are shown, such as how to keep the phone in any position, how to gesture with the eyes, such as…. The app's official blog claims that the app can make things easier for many people. With the help of this app, people can convey their message to others without any other device. There are already many questions in the app store

The app already stores a number of questions such as what is your name ? why are you. Users will just have to look at it and the app will automatically ask the opposite person the same question that the user wants to ask. Another person in the app can also save voice notes in their own voice if they wish. Source -Google Play Store