Mid Day Meal - Gujarat Application | MDM Website :Gujarat was the second state in the country to have started Mid Day Meal scheme in 1984. It involves provision of hot cooked meal free of cost to school-children on all working days. It aims at increasing enrollment rate, reducing dropout rate and reducing burden of poverty on poor parents and caste discrimination in the society. for  more details check below 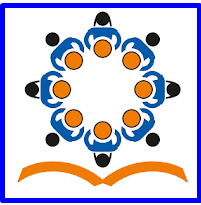 The three major goals for MDM are as under:

b) Educational advancement and

In addition, the Mid-Day Meal Scheme is viewed as an opportunity to inculcate hygiene and sanitation practices among children.

National Programme of Nutritional Support to Primary Education (NP-NSPE) was launched as a Centrally Sponsored Scheme on 15 Aug, 1995 with intent to increase enrollment, retention and attendance of school going children. This was launched initially in 2408 blocks in the country, by the year 1997-98 the NP-NSPE was introduced in all blocks of the country. Today, the NP-NSPE is the world’s largest school meal programme covering around 12 Crore children in over 9.50 Lacs schools across India. The programme involves contribution from Central and State Government.

The Midday Meal Scheme is a school meal programme in India designed to better the nutritional standing of school-age children nationwide. The programme supplies free lunches on working days for children in primary and upper primary classes in government, government aided, local body, Education Guarantee Scheme, and alternate innovative education centres, Madarsa and Maqtabs supported under Sarva Shiksha Abhiyan, and National Child Labour Project schools run by the ministry of labour.[2] Serving 120 million children in over 1.27 million schools and Education Guarantee Scheme centres, the Midday Meal Scheme is the largest of its kind in the world.

The Midday Meal Scheme has been implemented in the Union Territory of Puducherry under the French Administration since 1930.[4]In the post-independent India, Midday meal Scheme was first launched in Tamil Nadu, pioneered by the former Chief minister K. Kamaraj in the early 60s. By 2002, the scheme was implemented in all of the states under the orders of the Supreme Court of India.

The name of the scheme has been changed to PM-POSHAN (Pradhan Mantri Poshan Shakti Nirman) Scheme, in September 2021, by MoE (Ministry of Education), which is nodal ministry for the scheme.[6] The Central Government also announced that an additional 24 lakh students receiving pre-primary education at government & government-aided schools would also be included under the scheme by 2022.