Gujarat District Panchayat, Taluka Panchayat, Nagarpalika Election Result 2021 :The Gujarat State Election Commission (SEC) authorities said the polling for the Gandhinagar Municipal Corporation (GMC), held Sunday, remained largely peaceful without any untoward incident. According to estimated figures of the SEC, the polling witnessed around 56.24 per cent voter turnout. The results are expected on October 5 after counting of votes. 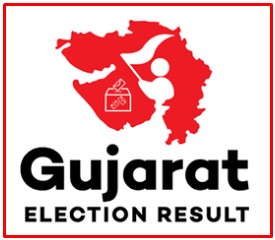 Gujarat State Election Commission is set to complete Tuesday October 05, 2021 the counting of votes for Gandhinagar Municipal Corporation (Gandhinagar Maha Palika) election voting for which was held on Sunday.

The election commission will hold vote count on Tuesday in all 44 seats across 11 wards.

“The election was held between 7 am and 6 pm. Voting has concluded peacefully with no untoward incident,” SEC stated in an official release.

The re-polling of 8 suspended BJP members was held in Dakor. There is a three-way battle between the BJP and the Aam Aadmi Party in the elections. 4 thousand 281 male voters and 4 thousand 90 female voters will seal the fate of 17 candidates in the election field for 8 seats of Dakor Municipality.

A total of 5 thousand 68 people including 2 thousand 582 male and 2 thousand 486 female voters will cast their votes in 4 seats of 3 taluka panchayats of Kheda district. Tight police security has been deployed for the elections.

A total o 161 candidates are in the fray for the 44 seats across 11 wards in GMC. This time, the elections have become a three-pronged contest with the entry of the Aam Aadmi Party (AAP).

A total of 2.82 lakh voters–1.45 lakh males and 1.36 lakh females–were expected to cast votes in the elections. The SEC had set up a total of 284 polling booths of which 129 were marked as ‘sensitive’.

following the new delimitation, the total number of seats in GMC was increased to 44. Elections to GMC were due in April this year. However, it was postponed owing to the Covid-19 pandemic.